The rainy season is here, and I don’t know why I didn’t prepare for it correctly.

When I went out to the rig this morning, my locks weren’t obeying my remote. Puzzle, I unlocked the door with the key, expecting an alarm. Nothing. Then I had the ‘oh sh*t’ moment when I realized the rain might be screwing with my electrics, again.

I put my key in the ignition and turned it to the ‘on’ position. Nothing. Except a buzz coming from under the hood. Inspecting, I found this. 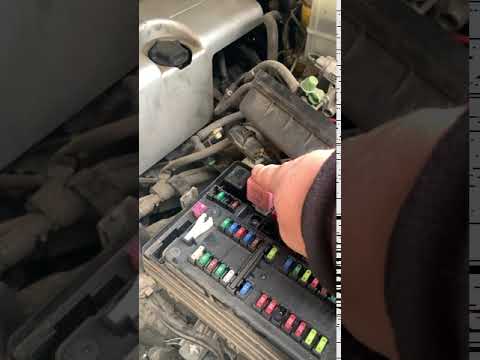 I’ve hooked up my battery charger. It’s not going well.

Any thoughts on what’s going wrong?

(The wife reported that our Suburu has a rough start this morning, too, but I think that’s just a coincidence.)

I use a Pro-Logix battery charger that has too many setting, so I’m not confident in how I should use it. I discovered while tweaking the settings that changing the current (between 2A and 10A and 20A) caused thehorn (I think) to click at different rates. Later, the horn was silent at 2A but would honk at 10A and 20A. Strange.

Found this at iFixit.com

It’s probably your alarm system that’s going off. When the battery died, the car’s alarm system assumed that someone is tampering with the battery or had disconnected it in order to break into the car. Here’s what you can do hook up the jumper cables. The horn will start to blow. As soon as it does, using the key fob, lock and then unlock the doors or basically whatever you usually do to shut off your alarm. once you’ve disabled the alarm go ahead and try to start up.

Sure enough, this explained the honking I described in Follow-up 1 (above), and maybe the relay clicking that I heard when I first powered on the rig. Now my fingers are crossed that the battery charger will work.

Note: when I got the security system to shut up, I noticed that the parking lights were on. This was a symptom of the problem I was having last year and should have fixed. Looks like I need to crawl in the cab with my orthroscopic camera and allow it to earn its keep.

I posted a description of my problem (and some of my follow-ups) to ih8mud. Yesterday afternoon, I got this reply from Dominic Balducci:

I experienced similar issues and I believe the problems were caused by the BCM getting wet. It has been a couple years, but I believe my research told me that the BCM was under the dash. Mine had a small rust spot above the windshield which I think was allowing rain to leak past the gasket and run down the inside of the windshield into the dash. I put some silicone around the area and it stopped happening. Last winter we went camping in Moab and forgot to crack a window because it was cold. The condensation on the inside of the windshield made it repeat the condition. The fuse blocks are also problematic, I haven’t been through that yet, so I don’t know the symptoms.

After reading this today, I went out to take a look at the gasket on my DS front window. Grabbed this video. The video shows the gasket from top to bottom, and the bottom doesn’t look like it fits correctly. But I also noticed at the start of the video that maybe there’s a gap at the top, too?! 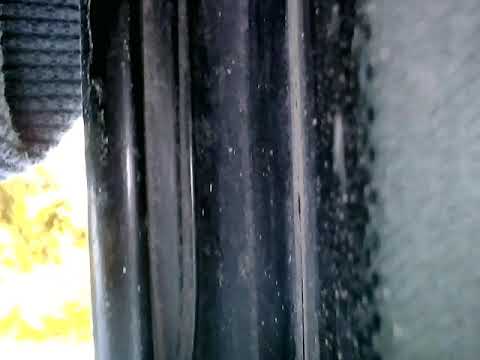 (Looks like the gaps at the top of the gasket are not abnormal.)

Later. Ran some errands with the rig. Unhooked the battery when I ran into a store. Locking the doors by hand was a PITA. Getting gas, the parking lights stayed on after I turned the rig off. This is ‘the sign’ that some electronics are wet under the dash. I let them burn while I pumped.

When I got back home and turned the rig off in the driveway, the parking lets went off! Score! Checking back 15 minutes later, the parking lights were on, again. Curious. I unhooked the battery and went inside to write this.

It’s the end of the day, and the electrical short seems to be a non-issue. The battery is connected, the truck is off, and the parking lihgts are dark. The electronics appear to have dried out.

Last time this happened, I placed a fan int he foot well under the steering wheel. This time, I didn’t use a fan, but I had covered the DS door and windshield with a tarp during the rain, so I think the interior of the rig didn’t get as wet. And, when I was working on the power window problem, I had removed some of the body panels that protect the electronics. They were still off, so that probably helped the air circulate and the water evaporate faster.

Took the family on a drive into the Los Padres in search of snowy weather. Trusted the LC because the electrical problem seems to have evaporated. But the dashboard battery light was blinking in an inconsistent manner. It didn’t correspond to acceleration or deceleration. Turning the engine off for a minute didn’t and then back on didn’t ‘reset’ its behavior.

Since the rig was starting up fine, I chosed to mostly ignore the battery light.

By the time we returned home (130 miles later), the battery light had been off for quite a while. I’m not going to worry about it any more.